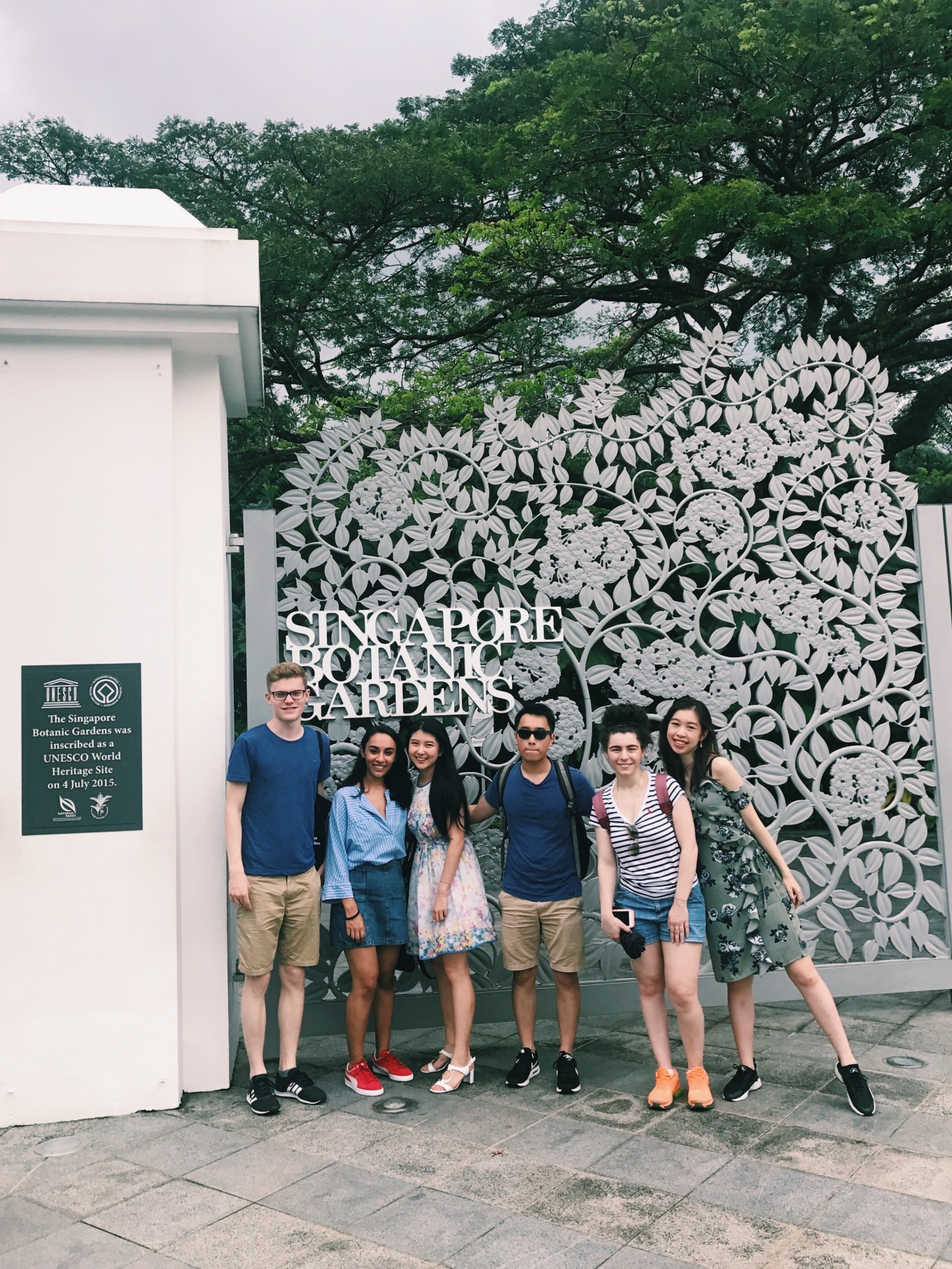 Engulfed in a thick pad of clouds, the plane banked sharply to the left as my stomach dropped a notch. I felt the pressure against my ears as we progressed well into our descent and wasn’t sure if the pulsing in my head was a result of my anticipation or the cabin pressure. I strained to see outside the window as the milky haze of clouds began to dissipate into thin, wispy streams of smoke. Slowly, as if a dream had materialised into reality, the parting clouds revealed an island of concrete towers spiralling up amongst lush greenery.

Since then, Singapore has continued to unveil itself to me – timid to my probing at first but now I find its habits spilling over into my life. From the deftness of Singlish to the sweetness of the coffee to the thick heat that swathes around you without fail – it all sends my heart racing. I’ve found familiarity in the bouncy Mandarin that is so widely spoken, the delicious delicacies they offer (as a friend put it, welcome to Pappa Rich on steroids for the next four months) and the occasional, rare breeze that comes through the island.

I was one of the lucky people to have been allocated a single room but for the first night as I stared up into the whirring fan, it felt more like a cell to me. Two shelves stood flush against the wall to my left but it felt like they were towering over me – too close for comfort. I looked out the window at the far end of the room, peering into the lush green football field wondering if its vastness was mocking me in my tiny space.

The room smelled of my antiseptic wipes fighting to mask the artificially sweet stench of wood furniture. I struggled to grapple with the concept of communal showers and kept getting flashbacks to the tuft of black hair gathered atop the drain in my cubicle. Sweat gathered in my armpits.

The beauty of exchange exists in the fact that the moment you land, you know you’re going to have to work to ask yourself the hard questions and then answer them too. Time, the parameters of your comfort and the realities that once gave you a fixed sense of identity all fall away. You see the world as if you’re opening your eyes for the first time. You’re committed for neither a short nor a long time; instead, you’re committed for a time that’s significant to you.

I thought I would never get used to living on campus but it actually only took two days. I started calling my cosy room ‘home’ before I even knew it and I’ve managed to work out a routine that’s streamlined the shower process. I’ve even picked my favourite shower stall! The absence of material luxuries or clutter has been illuminating thus far. I’ve realised that I really only need a room the size of a bathroom back home to survive – that less is sometimes more. Simplicity has given me a great deal of clarity. 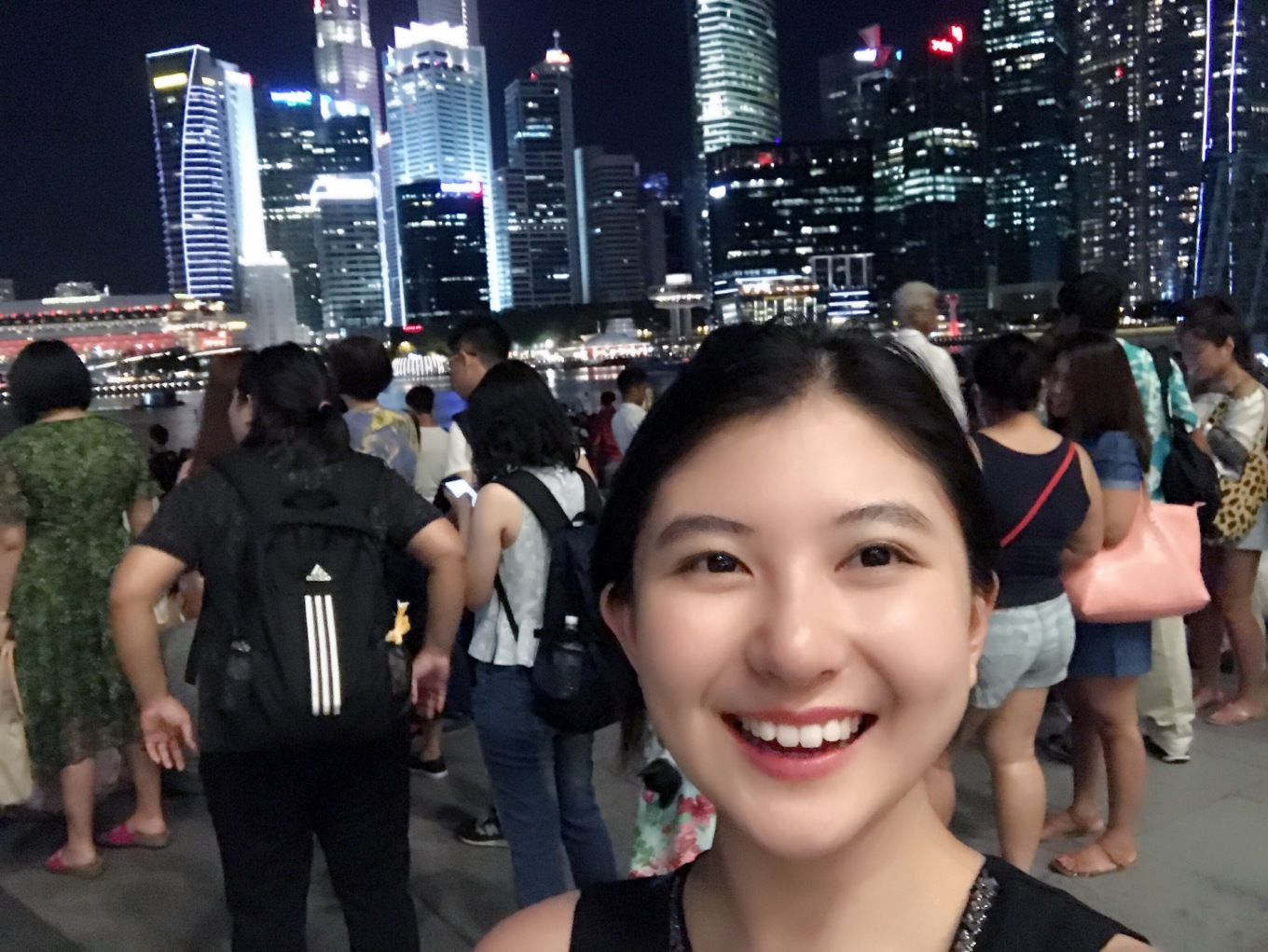 In Singapore, I’ll be studying Media Law, Promoting Sustainability, Psychology for Sustainability and Korean Language 1. Perhaps the focus on sustainability has inspired me to live a minimalist life here but not only that, NTU aspires to be the world’s most sustainable university! So, how can I not want to do something to contribute to that cause? Perhaps, I’ll even bring it back home because apparently, Australia’s one of the least sustainable countries in the world.

Enrolment was a huge nightmare for me because I took a leap of faith, flying into the country with no subjects pre-registered for me. That meant I couldn’t officially take any subjects until the semester started, during the ‘Add/Drop Period’. At 10PM – 9AM every night for the first fortnight, you can seek to gain entry into an approved subject via a system that randomly allocates students interested in taking it. So, the first week I was attending every class I had an interest in taking, hoping the random balloting system would be kind enough to bless me with some education. In need of four subjects, I was allocated only one by the third day and every subject I can an interest of taking had 10-50 people on the waiting list. Needless to say, I was stress in human form.

For anyone who ends up in the same shoes as me, the best way to go about it is not by emailing because no one gets back to you in time. You probably shouldn’t wait if you’re like me and want to get things done ASAP (“hope to hear from you soon” has started to take on a passive aggressive stance on my end). You should go straight to your faculty office and tell them your situation (preferably with a list of subjects that have vacancies – languages tend to have vacancies if you’re desperate) and most likely than not, they’ll allocate you to subjects the way they did for me.

Having to fight for a class has strangely made me appreciate my education in a different way. I didn’t get to take any of the classes I originally wanted but things have worked out in a way that feels inherently right. Like it was meant to be. Every lecture feels like a TED talk and I even got a workshop with Tristram Stuart, who actually did a TED talk on food waste and its environmental repercussions. 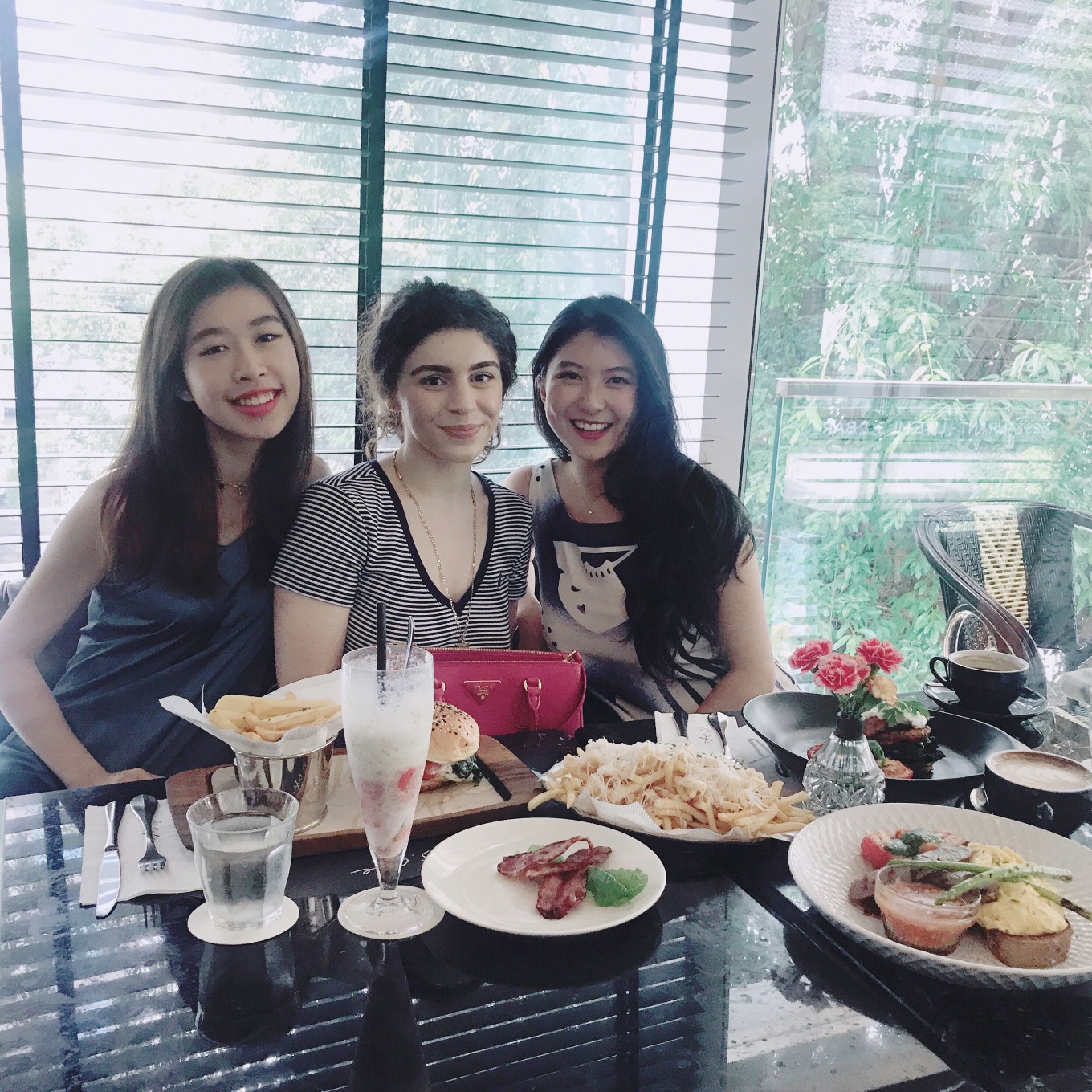 All nerdiness aside, in the classroom and just by committing to life here, I’m learning things that I feel diversify my outlook on the world. Everyday is an opportunity for learning and I’m trying to actively seek inspiration wherever I go, whether it be in my dorm room, the impressive national art gallery, the classroom, the city skyline in the evening, Singapore’s amazing water and light shows, my dear friends or even the hustle and bustle of hawker centres.

It’s almost been a full month since I arrived in Singapore – since the clouds parted and I found myself in the jungle of a city. I’ve accomplished small things that make my life feel bigger and I hold no greater emotion than gratitude.