If there’s any advice I can give to a future exchange student, it’s to arrive in your new city early – at least 2 weeks before the semester starts I’d say. Particularly if you plan to sort out accommodation on arrival!

That’s what I did, and it’s safe to say it was a good decision. Prior to the beginning of semester I found myself an apartment to rent, figured out how to use public transport, and learned about all the things to see and do in this strange new city I was now supposed to call home.

Orientation week really put the holiday mentality to a halt and reminded me of why I was here. University. Exploring the campus, meeting other exchange students, learning about what to expect at Ryerson University; it was an incredibly useful day. There is so much that happens when you go to another country, especially if you are living there for half a year or so. It can be quite overwhelming and there’s always new information being thrown at you. But it’s good to remember that there are so many other people in the same boat as you, as well as many staff members at the university who are there to help.

Classes began this week, however with Labour Day falling on Monday September 5th, I began the semester with a few other exchange students exploring the beaches at Toronto Island. With summer coming to an end we knew it was now or never.

After brushing the sand off our faces, and getting our notebooks and pens out, we were ready to start classes. What I’ve found at Ryerson so far is that there is often a large mix of students in different year groups in the same classes. As well as many interdisciplinary subjects. I think it’s a really interesting way of forming class groups since you’re taking people from different learning backgrounds with different experiences and perspectives.

I have one more class to attend before I’ll have met all my lecturers and class mates. Hopefully next week won’t involve getting lost around campus as much at this week did! 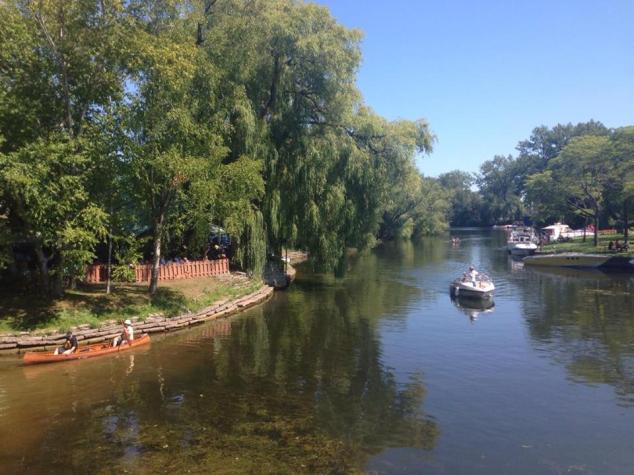