Although since 1997 Hong Kong became once again, a part of China, it still holds a very unique cultural identity. The main language used in Cantonese, rather than Mandarin used in the mainland, and the currency is Hong Kong dollars rather than Ren Min Bi; and best of all for an exchange student, English is widely used and understood. The integration of English throughout much of Hong Kong is why it is an excellent entry point into Asian culture for someone from the west. 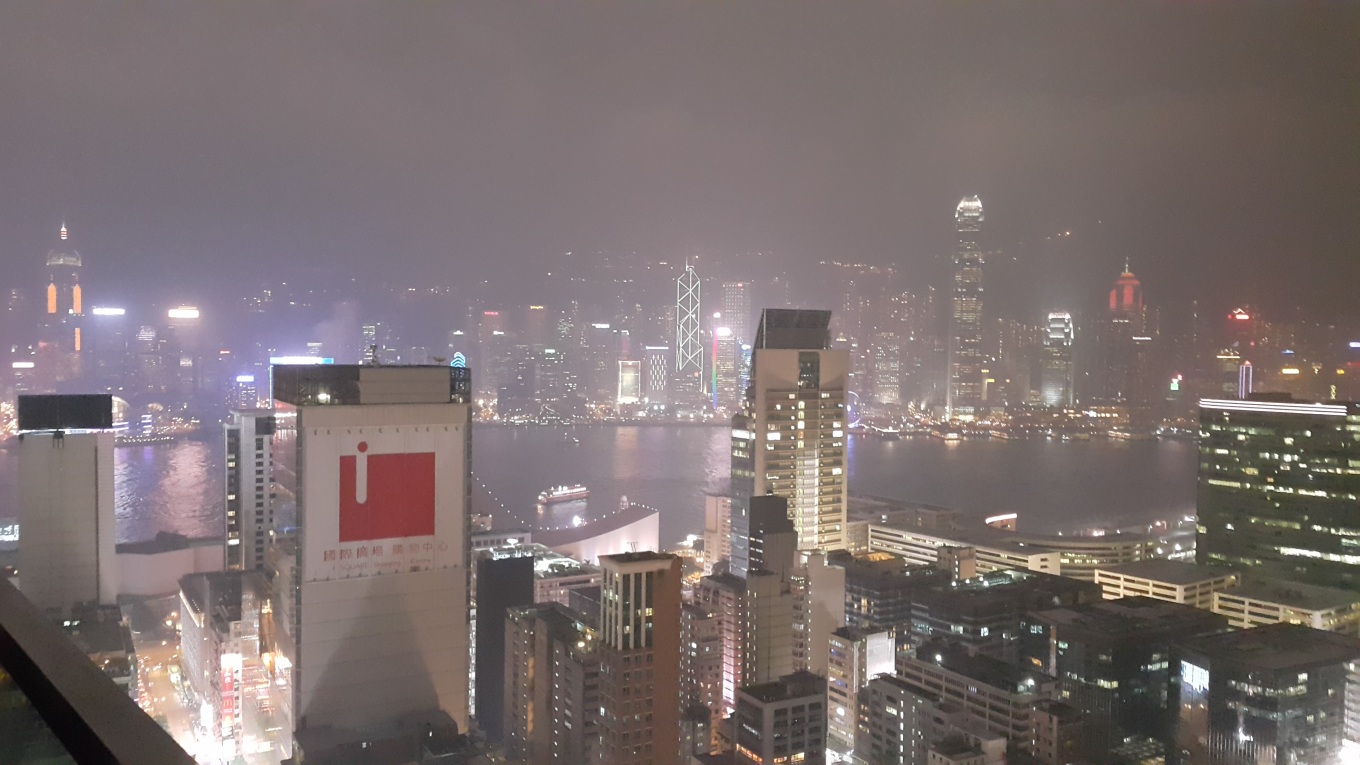 Victoria Harbour from a Sky Bar

I am currently only in my second week as an exchange student in the Hong Kong Polytechnic university, but I have gone through the orientation at the university. The orientation took place in the very impressive Tower of Innovation building which can be seen in the picture above. During the orientation we were briefed on the vast cultural differences between Hong Kong and our foreign countries and how we might suffer because of it. However, having previously spent a lot of time in other Asian countries, I can definitely say that Hong Kong is one of the most comforting places in Asia, for someone from Europe or the West.

Unknown to many, but Hong Kong isn’t all about culture, buildings and business, but there is also an amazing amount of natural beauty to be found in Hong Kong. In fact 40% of Hong Kong’s total area is country parks and nature reserves. An example of the natural beauty in Hong Kong can be seen in the above picture. I took this picture when I was doing probably the most famous hike in Hong Kong, the Dragon Back.

As for the university life that an UTS exchange student can expect when they come to Hong Kong; well it is really quite similar. I haven’t had many classes so far, but I can already tell that the Hong Kong Polytechnic University operates in a very similar way to that of UTS. I think the biggest change for many will be that most classes start from 8:30 rather than 9.

So far I have really been enjoying my time on exchange in Hong Kong. I absolutely recommend Hong Kong to anyone who is keen to jump into Asian culture.

UTS Global Exchange Hong Kong: One of the most accessible points into Asian Culture
%d bloggers like this: