I am currently halfway through my exchange experience studying at Shanghai University in China. A fact that I am still coming to grips with, it seems that only a week ago I said goodbye to my family and friends and hopped on a plane to China. I feel like that really summarizes the most outstanding feature of shanghai, that being that this is one hell of a faced paced city. I arrived in Shanghai a little over a week before my classes started and I used that time to do some solo sightseeing throughout the city, despite having no ability to speak Mandarin at the time I found it surprisingly easy to navigate throughout the city thanks to the city metro (which is way better than Sydney’s own ‘shitty rail’) having a station near most of the big attractions. As someone with a great interest in Chinese history and culture I would consider Jing An temple and Shanghai museum the two must see tourist attractions. The more stunning of the two being the 600 year old Jing An temple which provides quite the contrast to the skyscrapers and office buildings of modern shanghai that abut it. 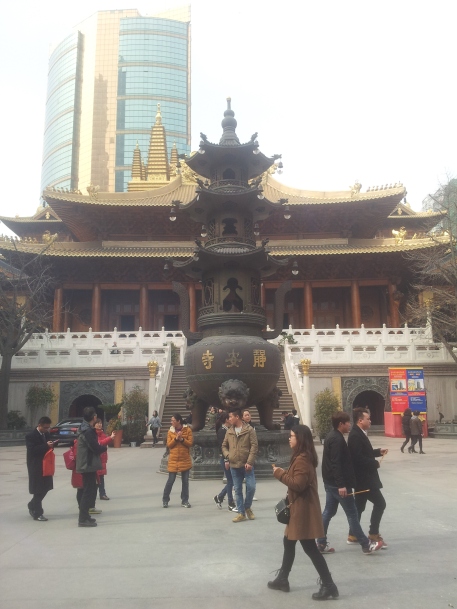 I’ve grown to love the high energy, faced paced life style here in Shanghai, not once since my arrival can I claim to have been bored but more importantly not once can I claim to have not looked forward to a meal, if I have one piece of advice for those looking to go on exchange it would be when picking a country go somewhere with great food, you will not regret it. Since being here I have experienced a side of Chinese cuisine that I didn’t know existed previously, often I find myself wandering towards the night markets at all find of unreasonable hours to load up on what can only be described as a Chinese hotcake filled with melted chocolate and banana sauce. 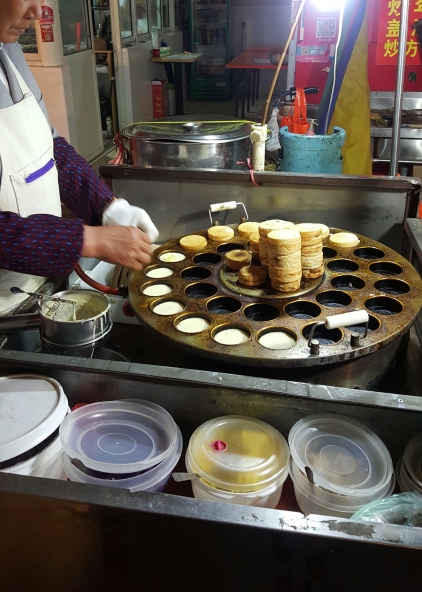 Putting aside features specific to Shanghai, going on exchange has been a life changing experience, interacting with other foreign students gave me a sense of being part of a global community, friends from East Timor, Laos and Thailand feel like they are only a suburb away, countries that I once thought of as foreign now seem more like neighbors. After being on exchange I feel like the world is more accessible to me, largely due to the good friends I have made who can act as free guides to their country should I ever visit.