I’ve lived in the city of Aarhus for about four months now and here are a handful of things I’ve noticed in my time here I never really heard about before I got here. 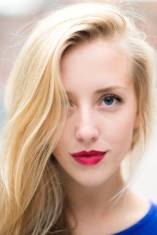 It’s really easy to date a girl who looks like your ex
Tall, blue eyes and blonde; that’s most of the girls here. If she’s brunette, she’s either a mix or a Scandinavian-anomaly you need to put on sunglasses for and observe like a solar eclipse. Black jacket with black skinny jeans to match seems to also be a bit of a trend here as well, or just black attire in general really. So basically, be prepared to always bump into your Danish female friends on the street, only to realise it isn’t her after you take a closer look. I’ve learned by now just to keep moving; it’s probably not her.
Danes aren’t sure what “hygge” translates to in English
Hygge, pronounced hooga, is one of those many Danishisms you’ll catch onto if you speak to enough people here, you may have even read about it. It might not be even be something you understand immediately. Some will tell you it means “pleasant”. An attractive girl whose number I forgot to ask for described it to me once as ‘just happiness’. But I think the general consensus is that it means “coziness”. But it’s not exactly cozy in the English sense of the word. What I’ve gathered is that it’s more of a concept of the niceties in Danish life than something which can be summed into words, especially English ones. It’s a feeling. It’s blankets and candles in the dark, cold Winters and friends relaxing around a grill in the warm Summer. Or at least that’s my understanding of it.

Everybody uses these Marshall headphones
It’s almost like the hype of Beats by Dre that is so abundantly present in Sydney didn’t quite make it to these shores. Instead it was these babies which made it, and thank God for that. They’re way better than Beats, but it’s random. I would’ve expected Sony, Bose, Senheiser or even a more local brand like Bang & Olufsen, but Marshalls? That’s weird. Was there a sale or are Danes just a good judge of quality?

Bicycle laws make sense
By law here, you must have front and rear bike lights, use bike paths and roads, obey traffic signals, and indicate with your hands otherwise the law man will wrap shackles around them, which all makes sense. Thus, ending this point.
Hang on just a sec. Notice how I didn’t mention anything about helmets? Unlike NSW, you don’t have to wear one here. Why? Because if you take a tumble and knock your head, it’s your problem. Danes believe that it’s up to you if you want to kill yourself, not them. Helmet laws to me are like any rule you had in preschool. Wear a hat outside; don’t pick your nose; only use plastic cups; don’t fill them with Melted-Crayon Cosmopolitans. The rules make sense and then the moment you apply them to an adult, it’s stoopid. Now I’m sure it could be argued that a head injury becomes the responsibility of the health care system and thus costs money, but how much of a strain can bicycle injuries be putting on it really?
Zebra crossings may as well not exist
They are literally a waste of paint. In Sydney, a zebra or pedestrian crossing allows a person to cross a road which doesn’t have a traffic signal close enough, and a person has right of way the moment they stand near or on one; we follow this. In Aarhus, however, they paint them at all the traffic signal crossings and when a pedestrian gets the little green man, it’s car-dodging time! Instead of those little beeps for the blind, they should just sound a God damn starters pistol, especially for traffic turning into your street. Cars are basically legally allowed to pass through whenever they are turning left or right and there isn’t a person in front of them, that’s the rule, which is fricking common sense! I don’t need paint and a green light to tell me not to mow someone down with my car in Sydney! You have right of way here as well, sure, but let’s just say that I get less frightened jaywalking in this country than I do using the designated crossings.
The buses operate on a strict honour ticketing system
I think I know why Danes are the happiest in the world, because they don’t have to speak to grumpy bus drivers, or in yellow Aarhus buses at least. Why? Because ticketing is left solely up to automated machines and, of course, the passenger’s own sense of right and wrong.

Also, while Sydney are only last year started letting passengers enter through the back door using their Opal Cards (which are actually made of plastic, by the way), that’s nothing new in Aarhus. So, you don’t even need to so much as look at a Midttrafik employee, you just have to watch out for ticket-inspectors. Tip: they wreak of justice, bare little sympathy but large standard issue jackets, they loiter in packs of two or three, and you can spot them from a kilometre down the road. (picture)
Danish Supermarkets aren’t hell-bent on polluting the earth
Woolworths, Coles, IGA, Franklins and the one plastic bag per tomato policy; that was Australia in the 90s. We were giving out plastic shopping bags like they were free, because that’s what they are!
Then German-based Aldi came to our shores and Australians were flabbergasted. Discount supermarkets a fraction of the size of ours predicated on the notion that if you really need a plastic bag, pay for it and bag up on your own time, we have customers to serve. We were all like “Whaaaat? No plastic bags? How could this be?” I remember all of the adults in my life having an existential crisis in 2001 thanks to Aldi. They all roamed the streets hugging their groceries like new-borns, utterly unsure of what to do with themselves; it was hilarious. Over a decade later, I’ve come here and realised that most supermarkets are like Australian Aldi, including the Aldi here. Why? Because Danes, and I suppose Europeans in general, like the earth and they know that there is one thing that can combat laziness, and that’s making people pay for it.

Danes don’t understand why any Australian would go to Denmark

Because they are dying to go to Australia, apparently. Why? Because Danes hate the cold, and they aren’t shy about making sure everybody knows it. It is the one thing they all love to complain about; it’s what unites them.