I’m currently in my third month of Exchange in Copenhagen, and the sun has come out long enough up for me to get sunburnt. And then it left. Possibly forever. 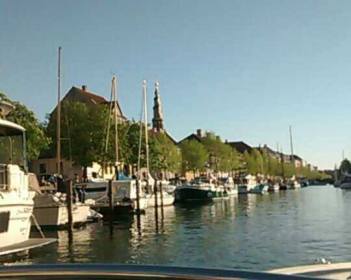 Copenhagen in its brief bout of sunshine

My time in Copenhagen has been amazing. As a city, it in some ways presents sharp contrasts to the streets of Sydney. The city centre shows this particularly strongly; cars are far rarer, but cyclists are out in force, belting down the cobbled streets and terrorising unsuspecting foreigners. On top of this, the age of Copenhagen comes through very strongly, with coffee shops and supermarkets housed nonchalantly in centuries old buildings. Add to this the canals, occasional snow and fog, foreign writing and the occasional spectacular church, and the effect on an Australian half a world from home is bewildering, but breath taking. 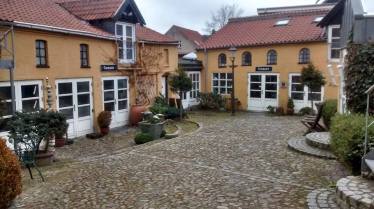 As with most exchange students, I’ve had my share of exploring outside my host city, both within Denmark and internationally. Highlights within the country have for me have definitely for been a trip north to see Kronborg Castle, the home of Hamlet and the great Holger Danske, and week-long trip I took with a friend to Aalborg, in the north of Jutland (too far north for most migratory birds). Both have provided me ample opportunity to absorb the Danish scenery and escape the confines and relative comfort of the English-friendly capital.

My travels overseas have taken me to London and Oxford, where I saw the UTS Mooting team smash their way to the semi-finals in the International Price Media Law Moot, witnessed the classic London tourist sites and was introduced to the local swan population. I’ve also been to Belgium, where many of the stereotypes have proven themselves to be true; the waffles are indeed amazing and they have about a billion different beers, each more delicious than the last.

The London Museum, which I found particularly enthralling

My experiences here have been numerous and amazing, and I have given up on trying to include everything that has made my time here amazing. I can’t properly describe my other travels in Sweden and Germany, and all the amazing people and parties and events that I’ve taken part in (although special mention goes to the Eurovision party we hosted). I met a peacock and fell in love with some infamous ducks, attended a trance concert in a church, ate curried pickled herrings, learnt to swear in seven languages, and swam in a local canal in 0 degrees. It has been so much fun, and I have so much more planned before I see the Southern Hemisphere again.

(Above) My peacock friend, when we met at Tivoli Gardens, one of the world’s oldest amusement parks

(Below) Getting ready for Eurovision 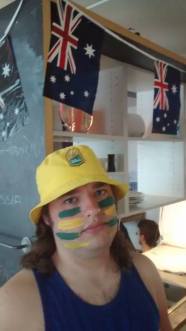