It is best to expect the worst in exchange; because in the end you will never be disappointed!

If you are reading this and any other blogs you know that doing an exchange is something you will do!

Paris is a magical city. There is something about the people that gets you. The city is full of character and something is always happening every day and night! Paris-Dauphine hosts monthly bar nights where you could mingle with the French and other exchange students. 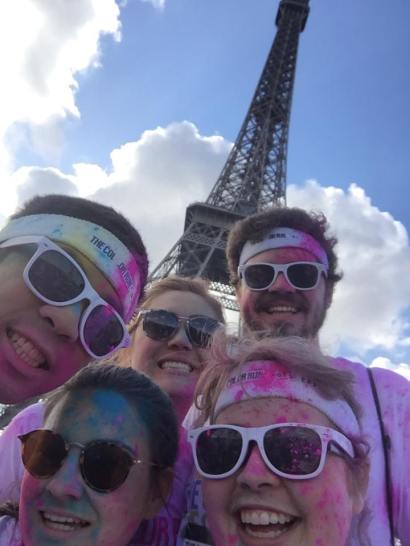 Not only are classes are fun and enjoyable, so are making friends as there are classes in English and for exchange students.

These students come from all other the world and are in the same situation. There will be French bureaucracy which is unavoidable. However, it is typical of the French and every student bears the same experience (At least you could use that as an icebreaker!).

Paris is a great location for travelling to other places in Europe. It has three airports (which allows you to easily get anywhere in Europe). Bus trips to Belgium, England and other French cities are extremely cheap. Skyscanner and Comparabus are essential to find the best time and prices. One time I had bought a return bus ticket to Lyon for 13 euros and Lille for 2 euros!

Australians have a great reputation amongst Europeans; especially French people! They perceive Australia to be exotic country with plenty of beaches and wildlife. In fact, there is a small town near Amiens called Villers-Bretonneux where many things Australian were present thanks to the diggers’ effort in the First World War. Flags, pictures of Australian wildlife and even a few street names were Australian.

It has been almost four months since arriving in Europe on January. Time has gone by so fast, yet there’s still many things to see and experience.