I have been on a UTS Global Exchange in Denmark for about four months now.

Where is Denmark you say? Good question, you really have to squint at the World Map to find it. Denmark’s only border is with Germany, and if you can imagine the outline of Norway and Sweden forming the open maw of a beast, then Denmark would be devoured first. 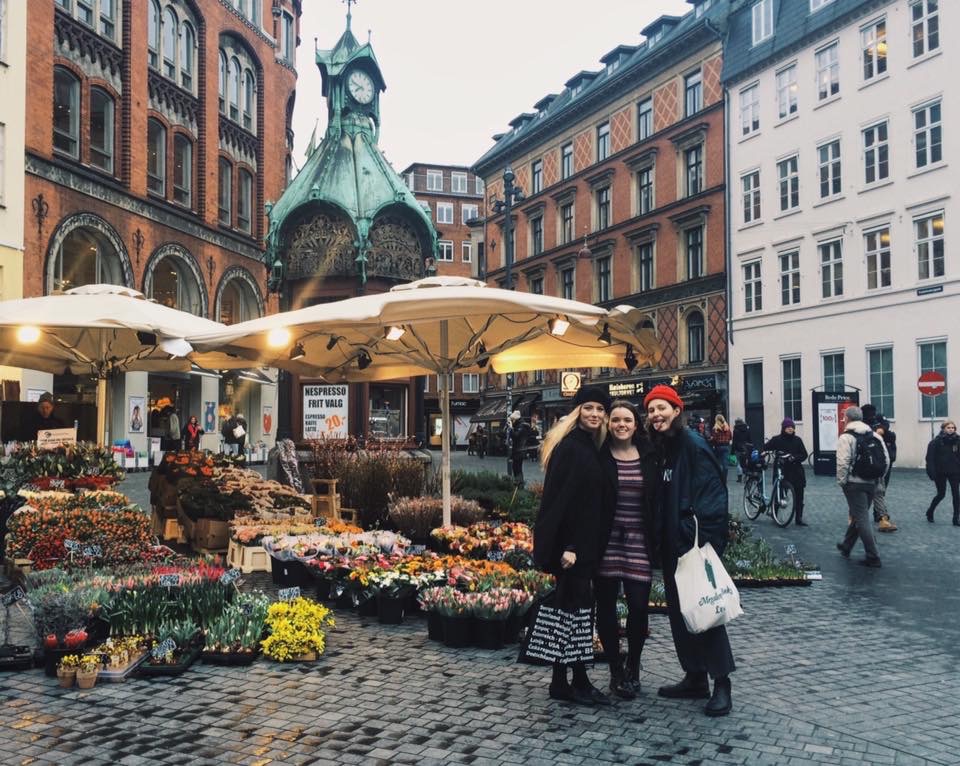 You may have heard about Denmark making headlines in the news earlier this year for its stringent refugee policies and paradoxically that they were named the happiest place to live in the world, for the second time in a row. Why am I bringing up news? Because I am currently studying in Denmark’s second largest city, Aarhus at the Danish School of Media and Journalism or Danmarks Medie- og Journalisthøjskole. Quite a mouthful, and just so you know, I still can’t pronounce the street I live at.

Since my arrival to the land of the Vikings, I have tried to become as Danish as possible in the following ways:

1) Biking: Biking is a way of life in Denmark. This is similar to other European countries such as Holland. The difference between cycling in a city like Amsterdam and cycling Aarhus or Copenhagen is that Denmark isn’t as flat. There is no doubt that the Danes have Viking ancestors. They bike every day, every way, rain or shine. I bought a second-hand bike for my stay, and it has proved both challenging, rewarding and a great way to feel a part of Danish culture.

2)   ‘Friday bar’ and BEER: Friday Bar is exactly what it sounds like. Each University faculty has their own ‘Friday Bar’, which opens at 2 pm every Friday. Speak to anyone about their plans for Friday and it goes along the lines of people saying: ‘I’m going to Friday bar for starters,’ (As if there was only one ‘Friday bar’ in the entire city). Danes are also very proud of their beer and beer drinking. Expect to drink a lot of Carlsberg, Tuborg and Ceres.

3) Danish cuisine- its more than just ‘Danishes’!: Danish cuisine is more than just meat, potatoes, and sauce. Well, it isn’t really, but here are a couple of my favorites. The Fransk Hotdog: a kind of Danish fast food/street food cuisine. It is basically a hollowed out toasted baguette with sauces of your choice and a hot dog in that. It is food you can eat with one hand and there are virtually no sauce spillages. The Bøfsandwich is the Danish take on a hamburger. It includes several sauces, pickles, beetroot, raw onions, grilled onions and even crispy roasted onions (something you can only find in Scandinavia, much to my disappointment). This is then topped off with traditional brown sauce- kind of like gravy but not even close. Other highlights include drømekage AKA Dream Cake, koldskål- kind of like cereal except with little biscuits. And of course, the danishes are bigger, better and more delicious. 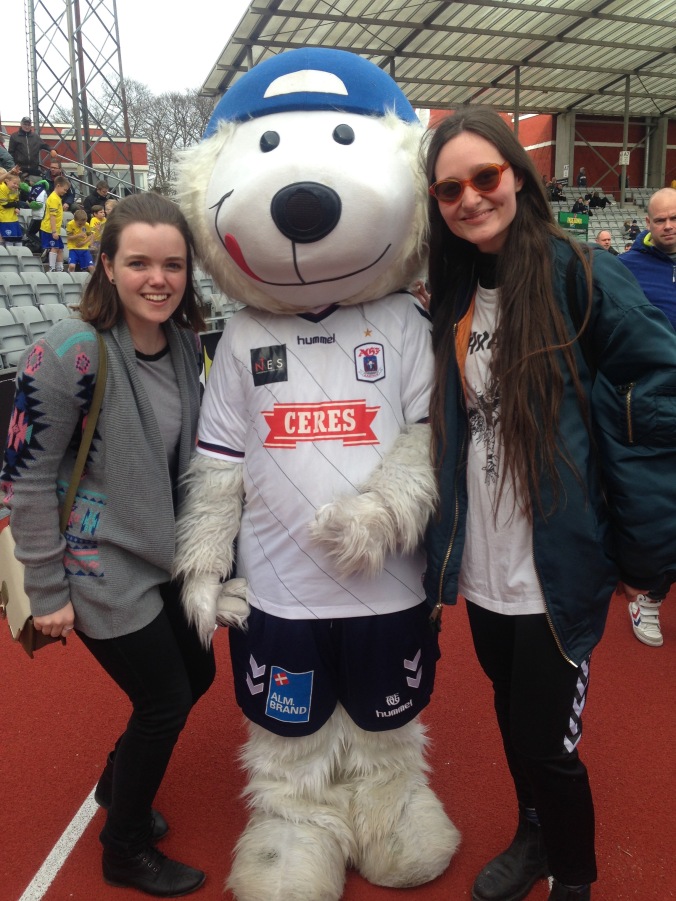 Supporting AGF, Aarhus’ football team, this is Aros the mascot 🙂

Beer and all black aesthetic at the football

5) Travelling around Denmark- because why not? Having been to Europe before, I wanted to see parts of Denmark. Aarhus to most Northern point of Denmark is about 3 hours away, and in takes about that same time to drive South and end up in Germany. The country is SMALL. I have been to the capital, Copenhagen on the island of Sjælland (Zealand). Odense, home the Hans Christian Andersen on the island of Fyn. And on the mainland Jylland (or Jutland) my friends and I road tripped to Billund, Aalborg, Hirtshals, Frederikshavn, and Skagen where you can go to the most Northern point: Grenen, a long skinny sandbar where you can see the intersection of 2 seas, Skagerrak, and Kattegat. 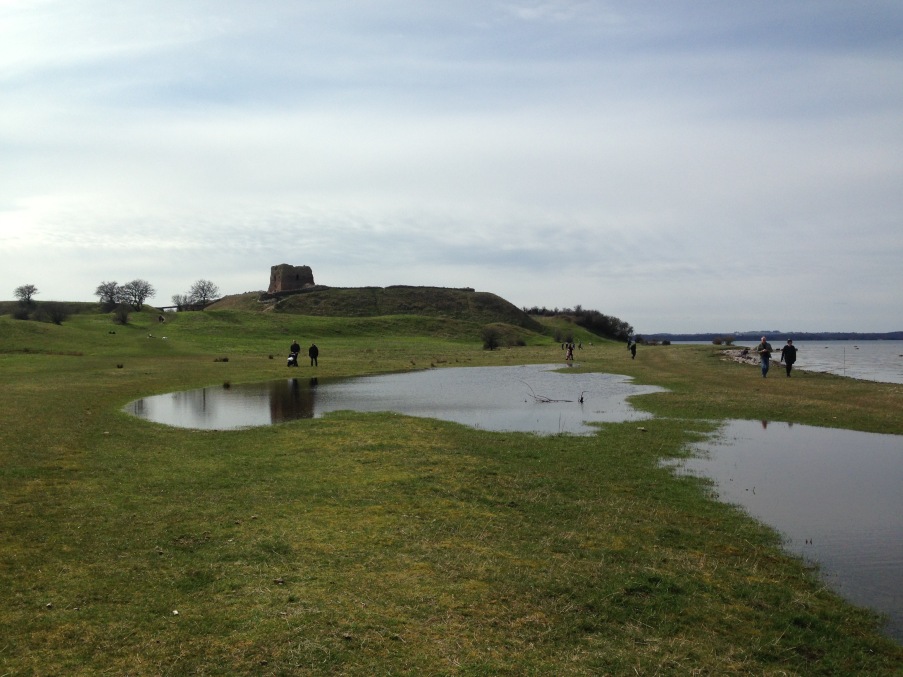 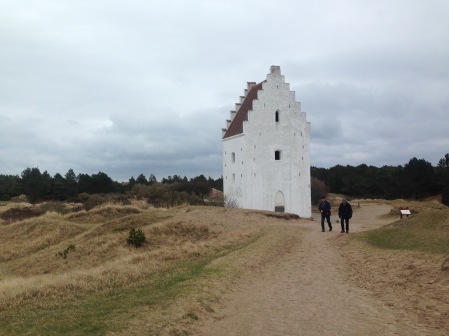 I now have two more months in Denmark, and with the change of season from winter to spring I have seen wildflowers of every colour bloom. (It has also snowed in April…typical Denmark). As it gets warmer, more Danes come out of their seeming winter-hibernation phase. This means BBQs, trips to the seaside (Aarhus has a seaside!), visits to the reindeer park and music festivals. One music festival in Aarhus I volunteered at was called SPOT festival that exhibits an array of upcoming Scandinavian music and bands.

For those who had no idea about Denmark, I hope this blog post has been interesting and for all those planning of thinking of going on an exchange to Denmark, DO IT!

One thought on “The Danish Girl 2.0” Leave a comment ›