I learned three things on stepping off the plane at Pearson International – Toronto’s main airport. Firstly, whatever it is they serve you to eat on long distance flights should not be classed as food. Secondly, Canada in January is cold. Proper Cold. Thirdly, the stereotype we have that Canadians are all super nice, helpful and generous? 100% True.

As with most cities the airport is a fair way out of the centre of town, and although my housemates had given me a detailed list of how to get where I was going on public transport I was still nervous. This nervousness was not helped by the realisation that buses and streetcars in Toronto cost $3, exactly, and they don’t give change. I had a $50 note and no coins, it was freezing, dark and I just wanted to get to my house and go to sleep. Enter helpful Canadians.

Me: Excuse me, does anybody have any change for a $50, sorry to be such a pain, I didn’t realise the bus didn’t give change

Guy next to me: No sorry but I have a Loonie [I learnt that by this he meant a dollar, not a derogatory term for an elderly relative with mental health issues]

Lady further down the bus: Here I have a Twonie [two dollars].

Me: no that’s ok I can’t take your money I’ll go get some change inside

Guy next to me after looking at lady down the bus: It’s ok, think of this as your welcome to Canada.

And that is why I will forever love Canada.

I have been in Canada now for a little under three months. It is an amazing country and Toronto is an amazing city. Although the weather leaves a little to be desired: as I write it is simultaneously raining and snowing outside.

Canada is cold. People told me this repeatedly but I didn’t quite realise just how cold it was. It is cold enough that the air hurts your face and you can’t feel your hands if you walk down the streets without gloves. The snow is a problem too – it covers up sidewalks and makes walking anywhere take twice as long as you expect. The first two things I bought when I arrived were a thick, waterproof coat and snow boots, and I haven’t regretted them for a moment.

In February the temperature dropped to -27C overnight – and Toronto is one of the warmest cities in Canada (just ask Winnipeg)! The snow and the cold are novel but they do make walking home from 9pm classes a slightly daunting prospect. 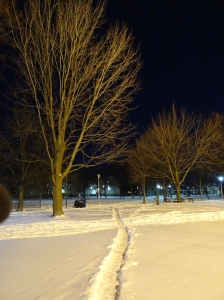 Toronto is probably the most diverse and accepting city I have ever lived in, and it’s downtown core is a heady mix of everything. There are top end shops on Bloor St; Queens St West is a mix of cafes and grunge reminiscent of Kings St in Newtown; and the Old Town has the beautiful indoor St Lawrence Markets. Add to this the micro-communities of Little Italy, Little Portugal, Chinatown, Korea Town, The Village and so many more and you cannot imagine being bored for a moment.

While there is never a shortage of things to do, Toronto doesn’t feel like a big city. The public transport system isn’t brilliant so most of the time I save myself the trouble and walk and it really doesn’t take too long to feel like you’re in a completely different part of the city. In my first week I went from downtown core, to the financial district, to Trinity-Bellwood’s, to the old town in one day without much hassle. And Ryerson University is right in the heart of everything.

As universities go Ryerson and UTS are peas in a pod, right down to the new developments they both recently opened. The classes are similar, the hours are similar and the expectations are similar. Apart from the fact that there is an ice rink in the centre of the quad and raccoons stealing from the bins Ryerson feels overwhelmingly familiar, which is oddly comforting in a strange country. 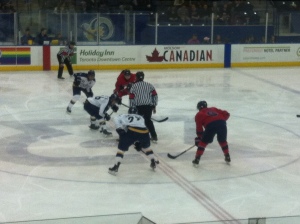 Another thing about Toronto is that it is so close to everything. In reading week – our midterm break – some friends and I went to Montreal for a few days. A five-hour train ride and you are in a French-speaking province full of beautiful old French-Colonial buildings. A one and a half hour plane trip south and you are in New York City! Even a two-hour bus trip out of town and you are in little snow covered village that has dogsledding trips. If you are even more adventurous a few hours on a plane and you can be in Cuba or Jamaica to escape the snow. 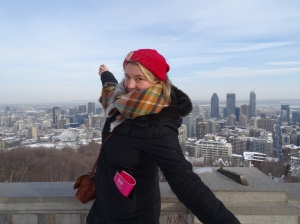 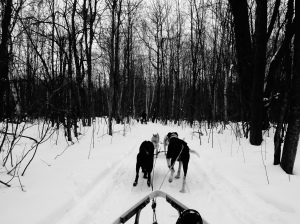 Now I have to admit at this point that Toronto wasn’t my first choice for exchange. I wanted the excitement of Scandinavia or the wilderness of the Scottish Highlands (well Glasgow) where my family are from. But I have never been so glad I didn’t get what I wanted. From the places I have seen, to the people I have met; to the three am walks home in the snow fervently wondering why I thought it was a good idea not to wear tights with my dress, I haven’t regretted a moment of it. I still have three months left and I am looking forward to every minute. So if you get the chance, consider Toronto for exchange – I changed my life and it might change yours. 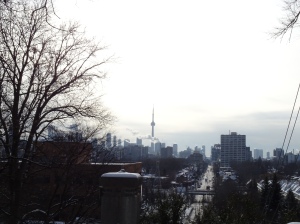