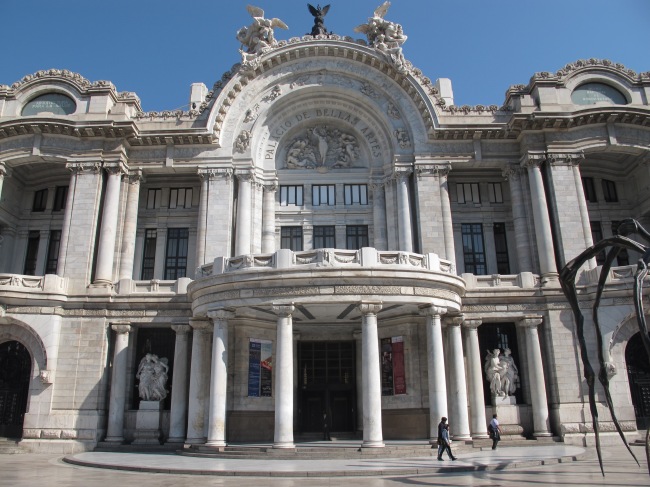 Having been in Mexico for only a few months, I’ve already had some amazing experiences. I suppose I could tell you about how you simply must visit Chiapas, or how tacos really are that much more delicious in Mexico. But I think we should chat about something a little more fun: the countless times I’ve made a fool of myself trying to speak this crazy language.

I suppose for any of this to make sense you need to understand where I’m coming from; most importantly, you need to understand my journey learning the Spanish language. Well, I’m a communications (social inquiry) and international studies student at UTS, and before heading on my ICS year (compulsory year abroad), I spent 3 ½ months in Buenos Aires attempting to learn some Spanish. I then did my ICS year in Bogotá, Colombia, still attempting to learn Spanish. And finally, this year I began another exchange in Mexico where I am, you guessed it, still doing my darndest to learn Spanish.

The point I really want to make, I suppose, is that no matter what your spanish teacher has told you, slang (and swearing for that matter, but we’ll save that for another blog) is about as important to your average Aussie exchange student in Latin America as perfect spanish grammar and diction. No, forget that. It’s more important. You can study the correct use of the pretérito imperfecto del subjuntivo tense till the cows come home (foreign students feel free to use that idiomatic gem) but it will never help you fit in down at the Argentine rugby club quite like a well-timed ¡che boludo! (hey mate!). Quite the opposite in fact: not even your blonde hair will have you identified as a foreigner quicker then your attempts to use that spanish grammar you studied so diligently in Australia only to find non-existent in common latino vernacular. So I wholeheartedly encourage you to dive head first into the mission of speaking like the locals. Forget the grammar. Just be careful when you take those words over national borders; that’s where it gets tricky.

Here’s an example. A few weeks ago I was enjoying a casual chat with a Mexican friend of mine. We were discussing the difference between private and public universities in Mexico. Enjoying the conversation, it struck me as a tad odd when my friend abruptly changed the topic, telling me that she didn’t like the fresas at Tec de Monteray (a very expensive private university here in Mexico). I was a little perplexed as to why the strawberries at this particular university were so disagreeable—or even why they were worth mentioning. I told her that I loved strawberries and couldn’t see why those particular strawberries would be any worse than the one’s I like back home. She told me that she had a fundamental problem with strawberries and that the university was full of them! She then looked me up and down and asked me if I was a strawberry. It was here that we realised we’d had a communication break down. Fresa, you see, is Mexican slang for a spoiled rich kid. Not a strawberry.

I had a similar miss-communication with my Mexican taxi driver when I first arrived. At the Mexican National University (la UNAM) there are taxis that operate strictly within the campus; it’s a big university. These taxis won’t take a fare that would mean they have to leave the university grounds. It’s a perfectly reasonable question, then, to ask whether or not it’s possible to coger (catch / get) the taxi all the way to Coyoacán, where I live. Having asked the driver in my very best Spanish, I was surprised when he burst out in rapturous laughter at my question. Between giggles he told me he’d prefer if I didn’t. I was about to close the door and walk away demoralized when he told me that he was just joking and that he would take me to Coyoacán. Very confused, I got in the cab and we began to chat. He decided to let me in on the joke. You see, here in Mexico coger isn’t used as it is in Colombia—to mean catch or get, as in a bus, taxi or ball. Here in Mexico, coger is a slang word with strictly sexual connotations—somewhat like the ‘F word’ in English. So essentially I had asked him if I could—how should I put this?—make love to the taxi all the way to Coyoacán. I think his preference that I didn’t was probably justified.

And don’t even get me started on the various words that mean cool! Okay, just a quick rant. My personal favorite (picked up in Colombia) is chévere. Never mind that the word has completely gone out of fashion since the 70s in most Latin American countries, meaning in Mexico I sound like a foreigner might in Australia who walked around calling everything groovy. In Mexico it’s chido or padre, in Argentina it’s bárbaro and in Spain it’s bacano. But I’m sticking with chévere. You have to draw the line somewhere.

The word for mate is similarly confusing. Here I am in Mexico, with friends from all over Latin America, but I have no idea what to call them. My Mexican mate is güey (though out of context I’d be calling him stupid); my Colombian mate is marica (though to a Mexican that’s an insult); and my Argentine mate is boludo (though it has little meaning outside his country, and can also be an insult). In their respective countries they’re endearing; outside their respective countries they’re either nonsensical or downright insulting.

I guess what I’m trying to say is that although these UTS exchanges give you the change to live all over the world, they’re pretty pointless if you’re not going to make the most of it; if you’re not going to do as the locals do… say as the locals say! So forget about the grammar, tenses and diction—they’ll come. Get stuck into the local idioms, slang and sayings. Just be careful when you try to take them to another country!

But if photos are more your thing, here are a couple I’ve taken in the unexpectedly beautiful Mexico City (sorry – I don’t take a lot of photos).