I’m living an hour an a half north of New York City, in New Paltz: a tiny college town that’s barely on the map. I’ve been here over two months now and have experienced more than I would of ever imagined. SUNY (State University of New York) New Paltz is a campus abundant with community.

New Paltz is best described as a “hippy town”. The main street consists primarily of four Irish pubs, two shops specifying in tie die, two second hand bookshops, a health food shops and two delis. The local cinema only shows four movies at a time, alternating every two weeks. Yet there’s always something to do and somewhere to go! You get to know the locals and they get to know you and it’s very easy to be accepted into this town and make it feel like home.

In the first few weeks of being on campus there was so much snow, it came up to my knees. The local students found the snow annoying but myself and other international students were so excited by the novelty of it. We built snow mans and had snowball fights! I got to try skiing for the first time with the university organised trips to the Hunter Mountain, roughly an hour away from campus, for ski trips.

Cheap bus trips to the city are organised regularly. I’ve been skating in central park, shopping on 5th avenue and seen many a broadway show now all in a weekends work.

The most daunting part of coming to an American college was living on campus not knowing what it would be like to have a roommate and what our dorm would be like. But it’s surprisingly fun! Classes are right outside the building and very easy to get to. You make friends with people you see in the lounge and in the rooms near yours.

Classes are a lot smaller than Sydney. They are intimate and teachers and students interact very casually. It’s an laid back environment.

Although I complain about the cold and the food, I am already dreading the day I have to leave New Paltz and the people here. 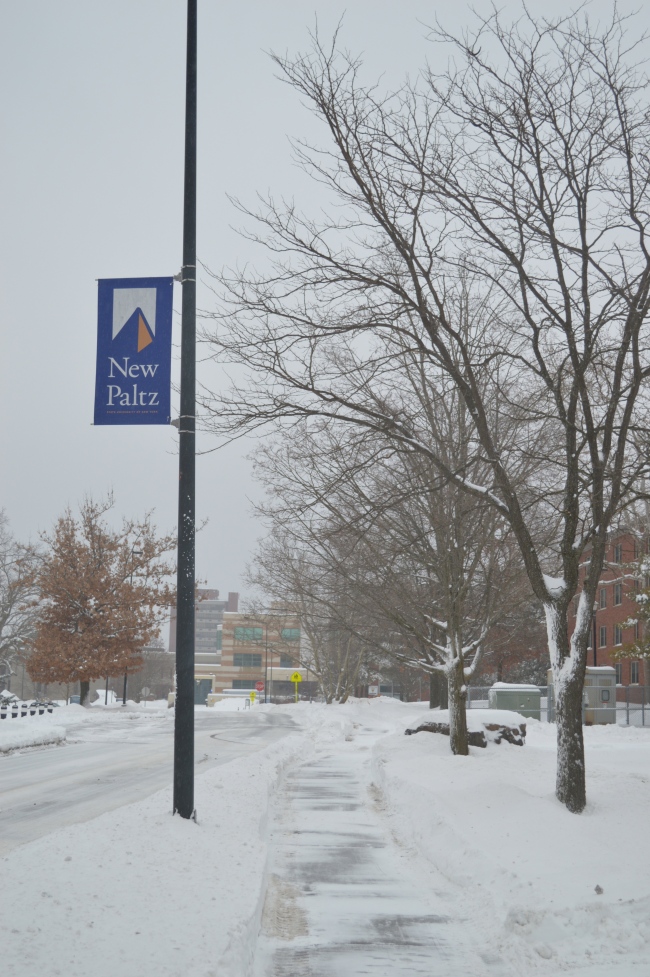